Reservation Process: If you are interested in reserving this parcel, please choose a reservation method (cash or seller financing) and then click “Reserve Now” button. You will be redirected to our payment page to make the reservation payment of $199 and submit your contact information for the contracts.

Please visit our frequently asked questions page if you would like more information about the purchasing process!

Close to schools and groceries! This property has a large house with trees and a couple of sheds ready for some handy owners! Not sure of the condition inside so it is sold “as is” of course.

Utilities like electric, water and sewer are already here. About 1 hour to Indy and just 5 minutes from Sycamore Stump & Old Ben. Walking distance from the American Legion Golf Course!

Walk down to Louie’s Coney Island some evening for a chili dog or two! Then go check out Kokomo Opalescent Glass. We are also offering Owner Financing on this house. Just send us a message if you are interested:)

Seiberling Mansion: The mansion was built by industrialist and entrepreneur Monroe Seiberling, who came to Kokomo during the Indiana gas boom of the late 19th century and built several large factories in the region. Seiberling became wealthy from his investments and decided to build a home befitting his wealth and position in the community. Construction on the mansion began in 1889 under the supervision of architect Arthur LaBelle of Marion. The home was finished in 1891, but the family only stayed a few years. Subsequent owners included Orange Darby, whose dry goods store was located in the building now occupied by Cook McDoogal’s Irish Pub; Reverend William Parr, the namesake of Parr Methodist Church, whose successful investments led to considerable wealth; and Franklin Miller, a prominent real estate developer and community leader. In 1914, Miller sold the mansion to George Kingston, a wealthy inventor and entrepreneur who developed the carburetor used in Henry Ford’s Model T. Kingston passed away in 1946 and Indiana University purchased the mansion from his estate, using it as the Kokomo branch of IU until 1964. After IUK moved to its new campus, the mansion sat empty for nearly seven years. In the early 1970s, Howard County officials were looking for a way to move the county museum out of the courthouse and claim the space for the growing needs of county government. They reached a long-term agreement with IU that turned control of the property over to the county for use as a museum. The mansion has since regained its Victorian elegance and is now a centerpiece of community pride, visited each year by thousands of people from across the country and around the world. The architecture of the house is a mixture of Neo-Jacobean (Queen Anne) and Romanesque Revival styles. Built at the height of the gas boom in Indiana, the house was originally heated and illuminated by natural gas. It includes eight rooms on the first floor, seven on the second, and a grand ballroom on the third floor with an entrance to the rotunda outside. The grand porch overlooks the grounds. The ornate interior woodwork and parquetry uses a variety of native woods, including walnut, oak, maple, cherry, mahogany and butternut. Moorish themes are featured in brass door knobs, plates, hinges, and sash lifts. Since 1972, the Seiberling Mansion has been listed on the National Register of Historic Places by the U.S. Department of Interior.

Conner Prairie: We are one of the largest attractions in the region and one of the most visited outdoor museums in the country. We have a long history of innovation that spans the fields of science, history, art, and nature. On our grounds, every guest has the opportunity to pursue fun and knowledge in a way that is tailored to them. In a time where meals are rushed and everyone is in a hurry to get to soccer practice or ballet class, we provide families with multi-generational opportunities to come together, interact and learn in new and unique ways in the heart of Indiana. Each and every day, we inspire curiosity and foster meaningful interaction with unique, engaging experiences that don’t exist anywhere else. Conner Prairie is Indiana’s first Smithsonian affiliate. Visitors to Smithsonian affiliates throughout the country may view major works of art, historic objects of flight, wonders of nature, icons of American history and other artifacts, artworks and scientific specimens from the Smithsonian’s national collections throughout the year. 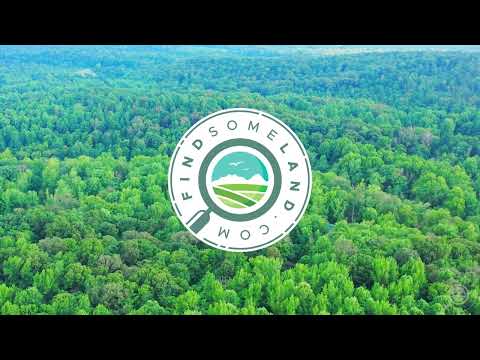 Google Maps Pin: This pin will allow you to use Google Maps to generate directions from anywhere in the world. Please click the button to use the pin.

MapRight Mobile Link: This link will allow you to use the free MapRight app to allow you to see the property boundaries using your phones GPS while on site.

Any property information (including, but not limited to, all real property images, descriptions, pricing, locations and availability; hereinafter referred to as “Real Estate Information”) made available by or through this website is provided solely for informational purposes and is not guaranteed or warranted by Find Some Land LLC. Find Some Land LLC believes the Real Estate Information to be accurate and complete; however it is subject to change and/or correction without notice.

All information regarding the real estate advertised herein has been assembled through various sources and independent investigation should be conducted by all prospective buyers. Please verify all Real Estate Information through public records available through the County Clerk or Registrar in the county where the property is located. Buyer is responsible for conducting due diligence.

If purchasing with seller financing, the contract for deed stipulates that the property all improvements to the property must be approved in writing.  Please feel free to contact us if this is an issue for you so that we can discuss your specific situation and plans. The approval can and will be provided at the same time as the contract documents.

Do you have a question?

Do you have questions? Our Frequently Asked Questions has answers!

Did you have a chance to Read Our Blog?

Blog
Shopping Cart
We use information collected through cookies and similar technologies to improve your experience on our site, analyse how you use it and for marketing purposes.
Privacy Policy

We and our partners use information collected through cookies and similar technologies to improve your experience on our site, analyse how you use it and for marketing purposes. Because we respect your right to privacy, you can choose not to allow some types of cookies. However, blocking some types of cookies may impact your experience of the site and the services we are able to offer. In some cases, data obtained from cookies is shared with third parties for analytics or marketing reasons. You can exercise your right to opt-out of that sharing at any time by disabling cookies.
Privacy Policy
Allow all

Always ON
These cookies and scripts are necessary for the website to function and cannot be switched off. Theyare usually only set in response to actions made by you which amount to a request for services, suchas setting your privacy preferences, logging in or filling in forms. You can set your browser to block oralert you about these cookies, but some parts of the site will not then work. These cookies do notstore any personally identifiable information.

These cookies and scripts may be set through our site by external video hosting services likeYouTube or Vimeo. They may be used to deliver video content on our website. It’s possible for the video provider to build a profile of your interests and show you relevant adverts on this or other websites. They do not store directly personal information, but are based on uniquely identifying your browser and internet device. If you do not allow these cookies or scripts it is possible that embedded video will not function as expected.

These cookies and scripts may be set through our site by our advertising partners. They may be used by those companies to build a profile of your interests and show you relevant adverts on other sites. They do not store directly personal information, but are based on uniquely identifying your browser and internet device. If you do not allow these cookies and scripts, you will experience less targeted advertising.

Facebook Advanced Matching can improve ads attribution and conversion tracking. It can help us reach better-targeted custom audiences through our ads. When possible, we will share with Facebook hashed information like your name, phone, email, or address.

Facebook Conversion API Events (CAPI) help us better understand how you interact with our websites. They allow us to measure the impact of our ads on the website's conversions and they improve ads targeting through custom audiences. When possible, we might share with Facebook information like name, email, phone, address.
Confirm my choices Allow all
Verified by ConsentMagic